Below is our suggested menu to have after celebrating Hogmanay and to serve as a traditional Scottish New Year's Day Meal for a starter, main and dessert to enjoy on the 1st January. 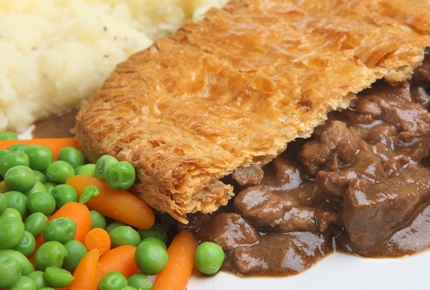 There are several choices of starters for a traditional Scottish New Year's Day meal, but we at Scottish Recipes favour either Scotch Broth or Spicy Lentil Soup.

There can only be one choice for the main to celebrate after Hogmanay and that is Steak Pie with Skirlie, roast tatties (potatoes) and vegetables such as parsnips, beetroot, green beans and carrots, as seen in the photo above, ideal for soaking up the alcohol from the previous night!

Though the more traditionalist would call it an Ashet Pie, named after the shallow dish it is baked in. They would also serve it with champit tatties and boiled peas.

A hearty warming pudding is needed to set you up for the January cold weather ahead and Clootie Dumpling and custard is ideal for warming you up followed by coffee and pieces of Tablet.

The links above take you directly to easy recipes for a Traditional New Year's Day meal and we do recommend a fine malt whisky or two! 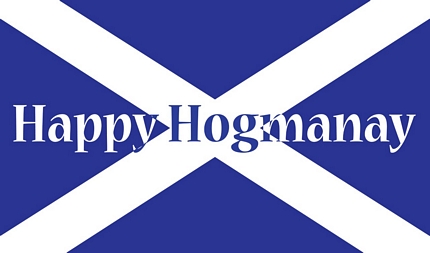