This easy flapjack recipe takes minutes to prepare and gives a delicious soft centre and crunchy edge so that you get the best of both textures. We have provided alternative flapjack recipe ingredients such as chocolate chips or cranberry pieces. 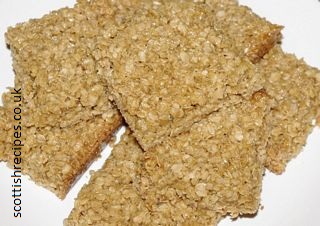 has a cranberry, coconut and seed oaty flapjacks recipe which can be easily adapted for other seeds and dried fruit. 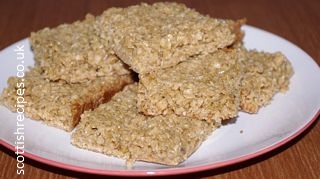 
1. Put the butter or margarine, sugar and golden syrup into a saucepan and stir over a low heat until the fat and sugar have melted.

5. Mark into fingers whilst warm.

6. Allow to become almost cold in the tin before removing.

How To Make Flapjacks


How to make flapjacks with golden syrup and chocolate:

Prepare mixture as above. Cool slightly then add 50g of chopped chocolate pieces before putting into the sandwich tin. 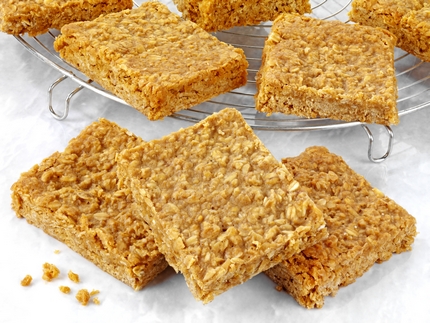 Taste Ye Back: Great Scots and the Food That Made Them recommends adding a good pinch of salt when stirring in the oats of flapjack recipes.


A nutty flapjacks recipe can also be found in The National Trust for Scotland book The Scottish Kitchen by Christopher Trotter which uses chopped walnuts for a delicious and crunchy taste.