Our corned beef rolls recipe is based on the roll enjoyed by Inspector Rebus as a quick sandwich type snack. Readers can read such recipes in the Scottish detective novels by Ian Rankin. It's a thickly buttered Scottish roll with sliced beetroot and corned beef. 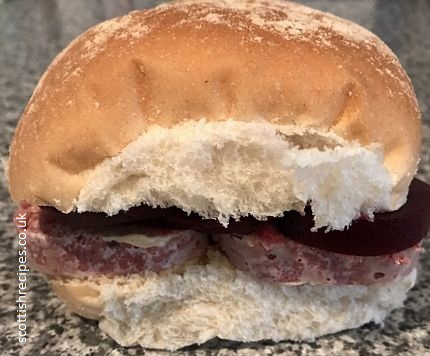 
These corned beef rolls are surprisingly delicious, though perhaps not the healthiest of lunches for Rebus! But that doesn't stop us enjoying them since we read about them in the Ian Rankin books.

Here is a photo of the basic ingredients: 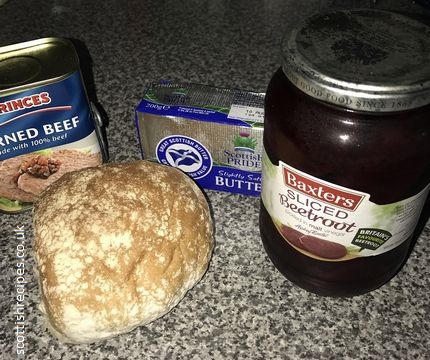