Chewing Nuts are a great taste of childhood and one of our favourite sweets. Though they have nut in their title, no peanuts are in this sweet. They have a hard toffee caramel centre, often the culprit in many a tooth filling being removed! 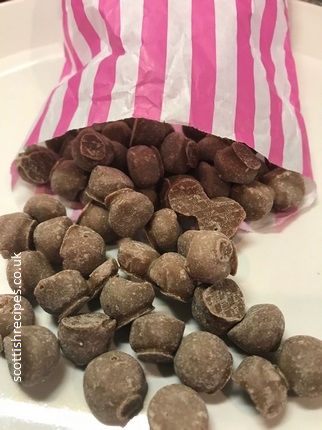 Other names for them include chewing nuts, filling breakers, monkey nuts and chewy nuts.