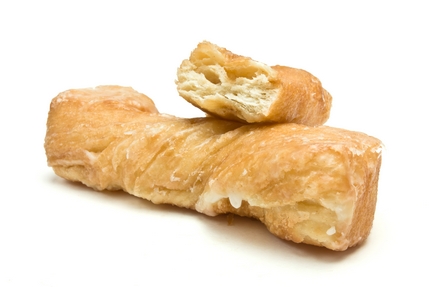 
Mmm yum yums! A'body loves these delicious treats that look like a twisty doughnut plait and taste much like a really sticky one thanks to their icing topping and glaze.

They are rife here in Scotland in high street bakers and supermarkets and we like to think they were created in Scotland first, before the recipe went UK wide. Though we are hearing rumours that they were first baked in Holland as a Christmas or Lent treat which are rolled in sugar.

Other flavours are available, such as toffee topped.